I have always loved libraries. The first one that I remember is Withington Library from when I lived in Withington in Manchester as a child. It’s great to see it is still there and operating as a community hub.

The first floor reference library looks pretty much as I remember it though we didn’t have bands performing there back in the day.

Funnily enough, university libraries tend not to be among my favourites even though I know how important they are for resources and as study venues for students.

Manchester has two beautiful libraries in the city centre, each of which has had a facelift in recent years.   John Rylands Library was built by Enriqueta Rylands as a memorial to her late husband (Manchester’s first multi-millionaire) and opened on the first day of the 20th Century.

It feels like a cross between a museum and a church and, as well as offering archives and services for librarians and researchers, it has a reading room that offers a truly lovely workspace that I worked in last week .  The silence is almost loud.

Manchester’s Central Library reopened recently and I have visited it twice but feel that I have only just scraped the surface. 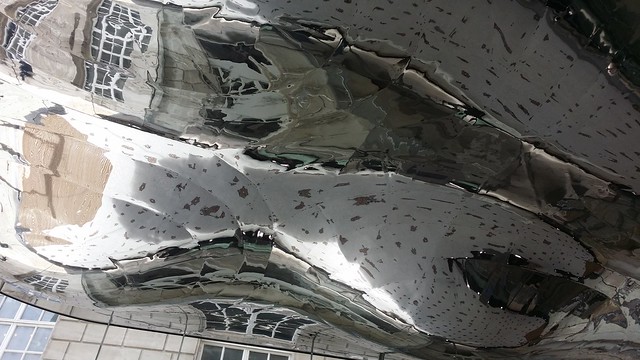 It has a spectacular new entrance that connects it to the Town hall, with a dimpled reflective ceiling that throws off dynamic and fractured images. The cafe is in the heart of the ground floor right next to  interactive multimedia resources that offer a way into physical archives at various Manchester libraries.The ground floor offers connected social spaces that open into each other. On my first visit, I could hear a performance for the Manchester Jazz festival across the other side of the building.

So let’s celebrate public libraries and defend them from funding cuts.  We still need public spaces where people can learn independently with guidance from librarians.

They are as important now as they were at the time that Roberts (1971) wrote about in his classic work about Salford slums in the early 20th Century.

9 thoughts on “Libraries in my life”