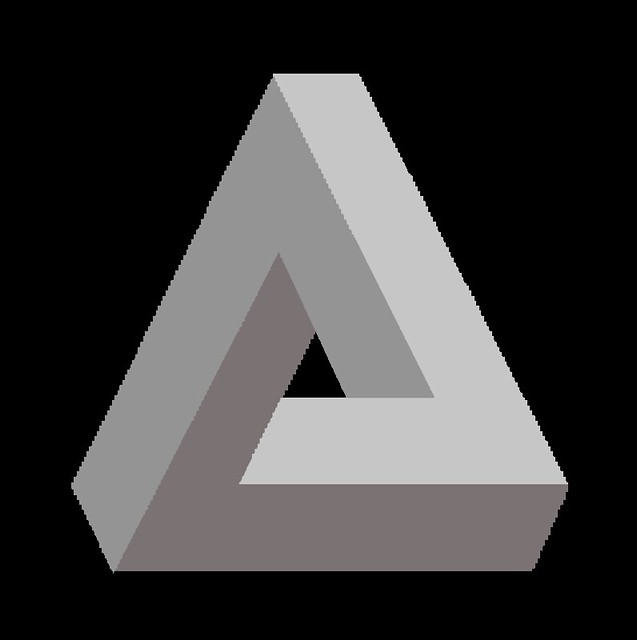 Individuals, networks and institutions –  in their impossible triangle of resilience

My very lovely slice of the Interwebz has thrown up lots of interesting ideas about how all of us can (and can’t) take care of ourselves and each other, and how institutions respond to the idea that there might be a problem in caring for ourselves. My ideas are all over the place (not least because I am just coming out of the common cold from hell) but I thought that I would set them down in their current state of flux and see where they take me.
Helen Beetham has written about digital wellbeing  with links to a Martha Nussbaum book that aims to give a theoretical introduction to the capabilities approach to contribute to a partial theory of justice. In a review that Helen references , the capabilities approach is shown as one that questions which genuine opportunities are open to people. Catherine Cronin builds on Helen’s ideas  in the context of real initiatives that help promote staff and student digital literacies

Positioning wellbeing and self-care at the heart of institutional initiatives to build digital capability is both radical and vitally important.

Acquiring digital literacies and building identity in digital networks has to be a good thing but the institution is a context as well as an agent.

Viv Rolfe has written on institutional responses to the issue of the resilience in the work place. Viv identifies the proliferation of resilience training courses in UK Higher Education, and notes the emphasis on individual attributes rather than what institutions can do. She worries

In this recent article, Helen Lees contrasts the two academic lives she has led, first on a fixed term research contract, and now in a permanent position. She acknowledges that she became more resilient over time but crucially identifes the role of context in this. Precarious employment is not a good environment for learning resilience.

Kate Bowles isn’t sure that HE can be reformed but instead celebrates the kindness that we can show to each other as “we are all here now”.  That seems more attractive than sitting in a room learning how to be less of a problem.

Forms of flexibility are leading to an enhancement in students’  experience of higher education and to an impoverishment in that experience; and it is by no means clear as to how, in general, matters might proceed from here.

One of the recommendations of this report is to

conduct a self-scrutiny of the extent to which an institution is responsive to its environment.

I retired from UK Higher Education 3 years ago, and have had plenty of time to reflect on the recent turbulent environment of HE.  For me, what Viv describes is a bit of a knee-jerk response from management to a problem that relates more to internal and external environments rather than any inherent deficits in staff or their attitudes.   In my employment, I experienced several occasions where a problem that was experienced in the classroom was not explored systemically to find out the roots and possible responses.  Centralisation of processes eg admissions can not only cause some problems but simultaneously separates the process and those who mandated  its centralisation from its outcomes.  Communication needs to travel up and down hierarchies and feedback upwards on problems can be seen as off-message to preferred institutional narrative, pushing responsibility and blame back down the hierarchy. This is consistent with the worst sort of resilience training.  Staff welfare cannot be looked at in isolation from the contexts in which they work.

Actively confronting challenges, escaping emotions so you can behave in a problem-focused way sounds like a great idea but what happens to staff who try to solve problems within their organisation but are blocked because the solution would involve change of policy within the institution?

Viv shared compelling evidence that stress is endemic in HE workplaces. As the labour workforce changes, with fewer permanent contracts, more  short-term and part-time contracts, more redundancies and retirements, the needs of staff are placed in tension. I have to say that the staff who are placed in the most untenable situations are those on fixed and very short-term contracts doing jobs that would previously been have done by permanent staff. They can be paid, usually poorly,  for “teaching” with sundry administrative tasks associated with assessment and student support falling between the cracks.   Full-time staff, like module and programme leaders already themselves experiencing stress from increased workloads, can then be put in the invidous position of  asking colleagues on part-time contracts to increase their work (for example to attend examination boards) for no additional pay or taking on this additional work themselves. This pits staff members against each other without looking to the broader causes.

Not only staff but also students are stressed.  A recent survey found that student wellbeing is in question and students with the lowest contact hours scored lower on satisfaction and wellbeing

‘The survey also provides the best available evidence on student wellbeing. Students are less likely to regard their lives as worthwhile and are less happy than others. This suggests good support services, including counselling, should be a priority despite the impending cuts.’

So responses like JISC Building Digital Capability Project are very much to be welcomed but they should not ignore institutional and broader contexts.  The version of the Jisc ‘Six Elements of Digital Capabilities’ model that is to support Jisc’s offer in the area of Digital Leadership is still in development but it does identify one area where tensions could occur

Specialist: Lead marketing teams with an awareness of the role digital technology plays in organisational branding.

How does organisational branding sit with the need for institutional self-scrutiny that Ron Barnett recommends and a culture for not speaking out that Viv Rolfe hints at?

I don’t think that individuals, networks and institutions need be an impossible triangle of resilience but if silencing as a covert form of power exists in an organisation, the triangle can become a neat way of shifting responsibility away from the institution to the individual, thereby increasing the individual’s stress and decreasing their ‘resilience’. Resilience is a shared responsibility but one that exists in unequal power relations.

I have read a lot about fragility in the past couple of years observing and sometimes experiencing examples of male fragility and questioning my own white fragility.  I wonder if there is also some institutional fragility going on in institutions that instigate training for resilience in the absence of self-scrutiny. Is this an example of presence or absence of institutional resilience?

I attended my first quilting class today at the Quilting Box and this is what I achieved. I have done some quilting over the years, and been quite pleased with what I have achieved but I knew I had a lot more to learn – I just didn’t quite know what. Textile crafts have so much to tell us about learning in general.

I joined an ongoing class where participants make a series of 12 inch squares, each one from a different quilting pattern.  It was social and inspiring to see what others had achieved.  I started with log cabin that I had done many years ago.  Prior to the class, I had chosen fabrics to use for this square and subsequent ones in my quilt.

Something I have learned from my recent baby quilt projects that are all about colour and fabric, was to be bold in choosing fabrics to go next to each other. Other people at the class commented on the strong colours I had chosen and liked the finished effect.

I brought my own sewing machine and bits and pieces to class but I did encounter some new technology – a square transparent ruler that helped me measure what I had done, a sewing machine foot that helped  me make 1/4 inch seams and flat-headed pins to mark places where I had gone wrong. But what I really learned from dear Edna, the teacher, was how to make a perfect 12 inch square by measuring and correction. So I measured and cut the fabric pieces and sewed the seams as accurately as I could, and then Edna showed me how to press and measure at each second round so that errors could be marked with a flat headed pin and corrected on the next seam.

The measuring was under my control, for improvement not for a final judgement, and Edna was around for advice.  That gave me the confidence to achieve a 12 inch square, knowing that I can also apply the measuring/correction technique to other projects. And I was delighted with the finished effect of the fabric combination. So checking, measuring and correcting are all part of learning, with a teacher to support learners’ development of confidence and resilience in a social setting with other learners. Even things that can’t be measured such as choosing fabric combinations are learned by individuals in social settings.